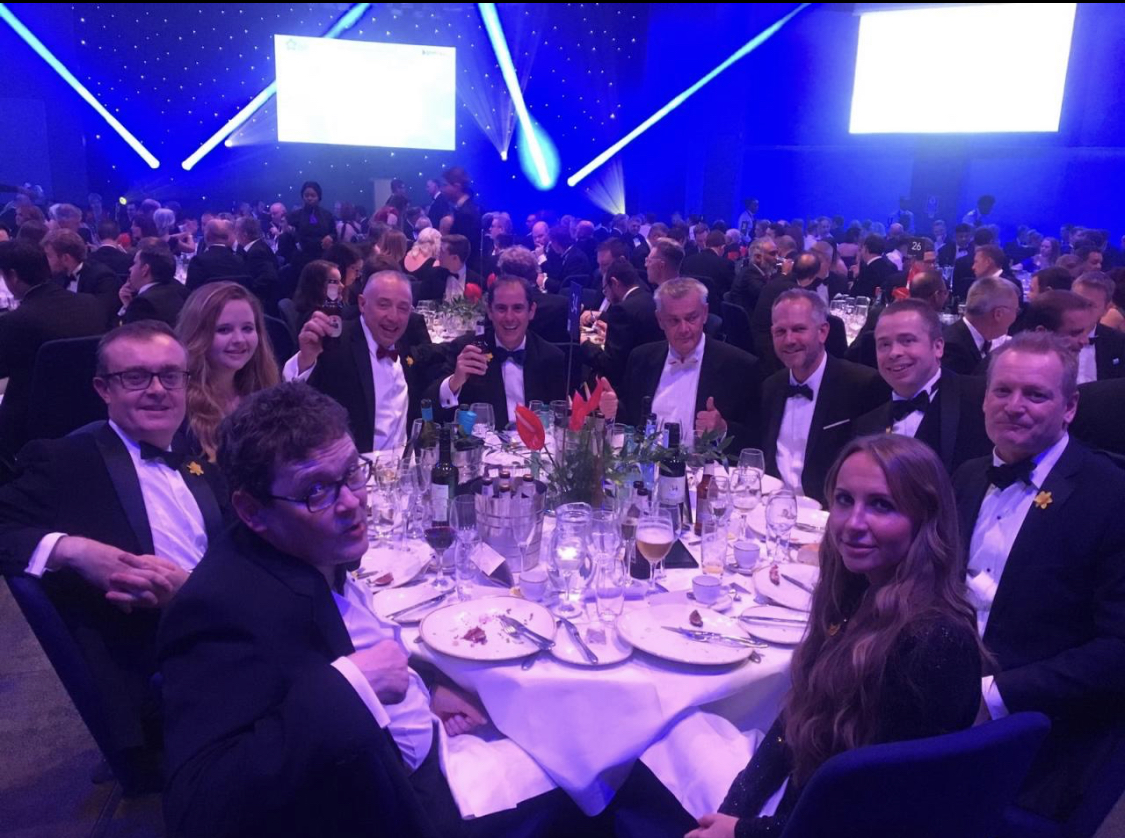 A wonderful evening was had, last night at the Midlands Marie Curie Brain Game quiz.

The event hosted by Tiff Stevenson of Mock the Week fame, was a great event despite the last minute pull out of Countdown’s Nick Hewer. The event raised over £169,000 for the charity.

Nick Warwick from Nolan Associates attended the event as a guest of Mac-Group. Michelle Elleman who is part of the organising committee of the Midlands Brain Game hosted the table along with Martin Adie operations director, Steve Parsons D and B technical director, Adrian Adams project director and Alex Evers from MAC’s Skystone modular division.

Amoungst the other guests at the table were Ian Saunders of D5 Architects, and Alex Freeman of Glancy Nicholls.

The event which attracted over 500 guests also featured the midlands soul singer Jaki Graham performing an impromptu version of her 90’s hit Ain’t Nobody.

A wonderfully inspiring night was finished off at All Bar One until the early hours.

This website uses cookies to improve your experience while you navigate through the website. Out of these, the cookies that are categorized as necessary are stored on your browser as they are essential for the working of basic functionalities of the website. We also use third-party cookies that help us analyze and understand how you use this website. These cookies will be stored in your browser only with your consent. You also have the option to opt-out of these cookies. But opting out of some of these cookies may affect your browsing experience.
Necessary Always Enabled
Necessary cookies are absolutely essential for the website to function properly. These cookies ensure basic functionalities and security features of the website, anonymously.
Functional
Functional cookies help to perform certain functionalities like sharing the content of the website on social media platforms, collect feedbacks, and other third-party features.
Performance
Performance cookies are used to understand and analyze the key performance indexes of the website which helps in delivering a better user experience for the visitors.
Analytics
Analytical cookies are used to understand how visitors interact with the website. These cookies help provide information on metrics the number of visitors, bounce rate, traffic source, etc.
Advertisement
Advertisement cookies are used to provide visitors with relevant ads and marketing campaigns. These cookies track visitors across websites and collect information to provide customized ads.
Others
Other uncategorized cookies are those that are being analyzed and have not been classified into a category as yet.
SAVE & ACCEPT